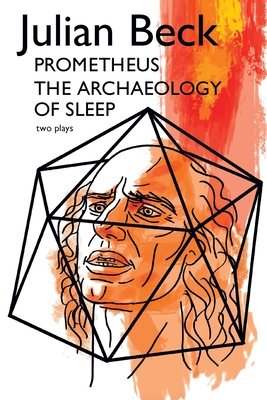 In summer 1977 The Living Theatre, which had been touring in Europe for two years with Seven Meditations on Political Sado-Masochism, settled down in Rome and began to create Prometheus. The myth had long been on Julian Beck's mind. Texts were consulted, and members of the company chose and developed characters. After many meetings Beck wove together a text of the first act, exploring the myth. The second act was his own: scenes from the Russian revolution relating Prometheus to the fraught political issues of the present. The third act would be a vigil outside a nearby prison. Following the opening in September 1978, The Living Theatre toured Prometheus for a year, with engagements from Ireland to Greece as well as numerous Italian cities.

Beck's beautiful, poetic play The Archaeology of Sleep was realized by The Living Theatre during a 1983 residency at the Maison de la Culture in Nantes, France. It was revived the following year as part of the Living Theatre repertory as the Joyce Theatre in New York.

Included with the texts are production credits, photographs, and essays by Tom Walker, actor/archivist of The Living Theatre, Living Theatre actor Ilion Troya, and the author.

There is a residue of daily life that the mind keeps sorting and trying to place in a cosmic vision.... I wanted people to see that we go to bed full of hope, because I think that in our sleep-life we have these immortal longings that begin to be expressed. It is my theory that we try every night, as an evolving species, to figure out how we can go on to the next step, the next development of humankind. -Julian Beck