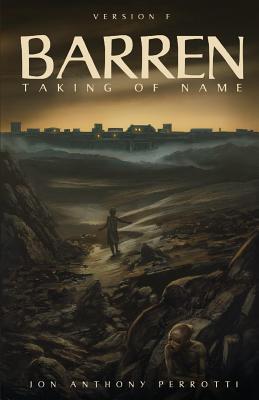 Childhood is over, and she has received a name: Elenn. But with the new name comes a new awareness of self, and for her it is deeply troubling. As other uedin youths face their futures with hope and excitement, Elenn must try to understand what it means that she is barren. It is a syndrome that not only deprives a uedin of her passing-of-life; it means that she is destined to deteriorate into depravity and die in misery. This knowledge poisons every aspect of life for Elenn--but can she find a way to cope, to bide her time, perhaps even summon the strength to bear her burden with uedin dignity?

In this, Version F, the androgynous uedin are referred to with feminine pronouns. Consider the option of Version M which uses masculine pronouns. Which version to read, Version F or Version M? That is the challenge given to readers before they even begin the Barren Trilogy. At first glance, one might assume that readers who identify as male should read M, and those who identify as female should read F. But who can say? Perhaps male-identified readers should read F, and vice-versa. As you observe and explore your own point of view, the story may take you to a different one altogether.