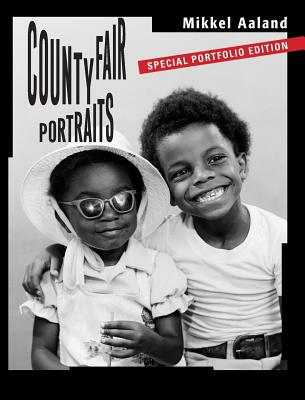 County Fair Portaits, is an honest and moving depiction of Americans in the 1970's shot at county fairs across the country. In 1976, while the United States was celebrating it's bicentennial, photographer Mikkel Aaland was traveling to county fairs across the country capturing photographs of America in it's truest form: through the people. These unique and inspiring portraits have garnered widespread media attention over the years and even landed Aaland an interview with David Lettermen. There are few publications that depict America in such a raw and haunting way. County Fair Portraits tells a story of America unlike any other. Although the world has drastically changed since the collection was first published in 1981, the portraits and stories have remain unchanged, and will forever be a reminder of a unique era and moment in our nation's past. For the first time ever, Mikkel Aaland is bringing back County Fair in three different forms so that everyone can enjoy a piece of America's history.

In the foreword, the late novelist James D. Houston compares County Fair to other meaningful works of art: "It brings to mind Edward Curtis's Portraits of North American Indian Life, and the Dustbowl photos by Walker Evans in Let Us Now Praise Famous Men, and the series by Ansel Adams called Born Free and Equal, recording the lives of Japanese Americans at Manzanar Relocation Center, east of the Sierras, in 1942, and Our Kind of People, Bill Owens' study of hometown groups and rituals. County Fair has that same kind of narrative appeal. These eyes and outfits, the body talk, the tattoos and the jewelry - they tell us, with haunting precision, one of the true American stories"