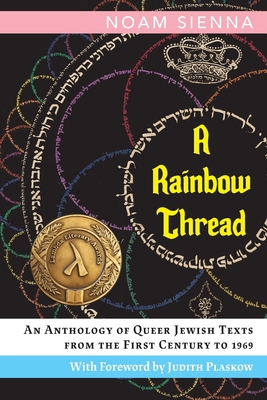 For many queer Jews, Jewish tradition seems like a rich tapestry which at best ignores them and at worst rejects them entirely. In reality, queerness and queer Judaism have been a constant subplot of Jewish history, if only we care to look.

Spanning almost two millennia and containing translations from more than a dozen languages, Noam Sienna's new book, A Rainbow Thread: An Anthology of Queer Jewish Texts From the First Century to 1969, collects for the first time more than a hundred sources on the intersection of Jewish and queer identities.

Covering poetry, drama, literature, law, midrash, and memoir, this anthology suggests that Jewish texts are not just obstacles to be overcome in the creation of queer Jewish life, but also potential resources waiting to be excavated. Through an unprecedented examination of the histories of gender and sexuality over two millennia of Jewish life around the world, this book inspires and challenges its readers to create a better future through a purposeful reflection on our past.