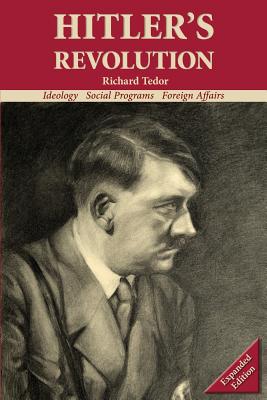 Drawing on over 200 German sources, many pre-1945, Hitler's Revolution provides concise, penetrating insight into the National Socialist ideology and how it transformed German society. The government's success at relieving unemployment and its social programs to eliminate class barriers unlock the secret to Hitler's undeniable popularity which, in light of war crimes, seems so incomprehensible today.

Documents from German, Soviet and British archives help illuminate the diplomatic atmosphere of the times and the challenge Hitler confronted when weighing foreign policy decisions. Evidence shows that these were often spontaneous reaction to fluctuating political constellations rather than planned long in advance. During the war, oppressive German measures in occupied countries invited criticism from within Germany as the National Socialist dogma, particularly the race theory, began losing influence in official circles and the military.

An in-depth analysis of Hitler's wartime campaigns, especially Stalingrad and Normandy, reveals that the German resistance not only plotted to topple the regime, but systematically sabotaged combat operations causing the German army catastrophic defeats. The motive, historical records demonstrate, was not so idealistic as popularly believed. The author researched primarily German records, to present readers in the United States and Great Britain with information never before translated into English and otherwise inaccessible to them. Expanded edition with over 100 illustrations and 328 pages.