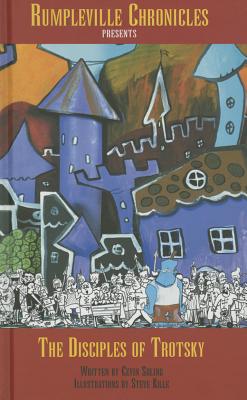 It's revolution time in the merry world of Rumpleville, but can two, tragic ogres rally the spirit of the land and overthrow the fascist regime of Prince Charming? Little bears, gentle giants, and other beloved children's book characters start working out, eating right, and learning how to fight. But will they lose themselves in their own ideology?

The Rumpleville Chronicles presents twisted tales for the twenty-first century.

Cevin Soling has graduate degrees from Harvard in English and Education. In 2009, he produced directed the film The War on Kids, which shows how American public schools have become modeled after prisons in response to fear and a burgeoning intolerance of youth. This was the first theatrically released documentary on education. The film was the winner of the best educational documentary award at the New York Independent Film and Video Festival. The film ran at the Quad Cinema in New York City and screened at Harvard University as well as other major universities. It has received accolades from The New York Times, Variety, and The Huffington Post. Soling was a guest on numerous radio shows including The Lionel Show on Air America, The Joey Reynolds Show on WOR, and The Leonard Lopate Show on WNYC. In addition, he was on The Dr. Nancy Show on MSNBC, as well as on RT Television, and as a featured guest on The Colbert Report. His films have been broadcast domestically and internationally on numerous major outlets.Steve Kille is the bass player for the psychedelic rock band Dead Meadow.