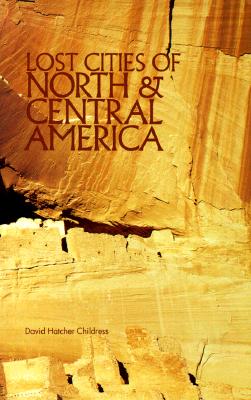 From the jungles of Central America to the deserts of the southwest down the back roads from coast to coast, maverick archaeologist and adventurer David Hatcher Childress takes the reader deep into unknown America. In this incredible book, search for lost Mayan cities and books of gold, discover an ancient canal system in Arizona, climb gigantic pyramids in the Midwest, explore megalithic monuments in New England, and join the astonishing quest for the lost cities throughout North America. From the war-torn jungles of Guatemala, Nicaragua and Honduras to the deserts, mountains and fields of Mexico, Canada, and the U.S.A. Childress takes the reader in search of sunken ruins, Viking forts, strange tunnel systems, living dinosaurs, Thunderbirds, the Egyptian City in the Grand Canyon, early Chinese explorers, and fantastic lost treasure. Packed with both early and current maps, photos and illustrations. Chapters include: Marbles of the Gods; Chinese Taoists & the International Jade Trade; Ancient Megaliths of the Pacific Coast; Lost Cities of the Maya; Alien Gods & the Crystal Skull; Pyramids of t he Gods; Lost Golden Books of the Maya; Quetzalcoatl & the Pyramids of the Sun; El Dorado & the Seven Gold Cities of Cibola; Diving at the Sunken Pyramids of Aztlatlan; The Search For Atlantis; The Megaliths of Norombega; Exploring Ancient Nevada Seas; The Mysteries of Mount Shasta; Lost Cities of the Evergreens; more.