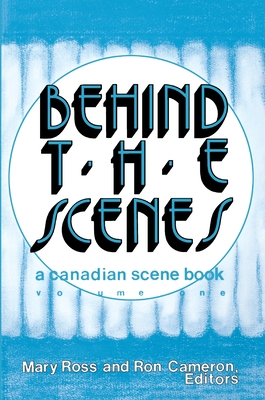 Scenes from Canadian plays for two to six actors. Thirty-two excellent opportunities for young thespians ... these are texts which I would certainly use with my own senior students of dramatic arts.

Mary Ross, B.A., is a theatre arts teacher at Philip Pocock Catholic Secondary School in Etobicoke, Ontario. She has been involved in numerous stage productions including Fiddler on the Roof, The Fantastiks, and Amahl and the Night Visitors. Ross has also assisted in the production of her own children's play, entitled The Silent Clock. In addition, she has written several short works which were published after she earned her degree from St. Frances Xavier University. Mary Ross presently resides in Hamilton, Ontario. Ron Cameron, B.A., A.G.S.M., has taught acting at Sheridan College for fifteen years, and adjudicated over one thousand shows across North America. He has also directed many community and summer theatre productions. Cameron studies theatre at the Banff School of Fine Arts, the Guildhall School of Music and Drama (in England), and the University of London after receiving his B.A. in history at the University of Western Ontario. Ron Cameron is currently Academic Co-ordinator in the Music Theatre Department at Sheridan College.