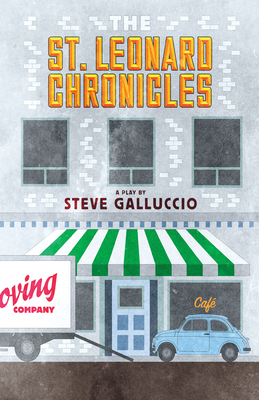 From the award-winning author of stage hits Mambo Italiano and In Piazza San Domenico comes a delicious, saucy new comedy about Terry and Robert, a young couple with roots in the Italian neighbourhood of St. Leonard in Montreal. The couple's newly renovated duplex has barely a hint of gilded rococo - not just a cultural infraction, but also an ominous sign that all is not as it should be. Eager to break free of family ties that are bound too tight, Terry and Robert announce they're moving to the affluent anglophone suburb of Beaconsfield - tantamount to committing a mortal sin in the eyes of their more traditional Italian relatives. When they confess their plans to their parents over dinner one night, floodgates open to other unspoken desires and revelations, turning conservative St. Leonard values upside down. The St. Leonard Chronicles opened the 2013-14 season at Montreal's venerable Centaur Theatre and sold out before its run. The play was extended and went on to sell more than twenty thousand tickets. The French version of the Chronicles, translated by Galluccio himself, premieres at The tre Jean Duceppe in Montreal in December 2014 and then in 2015 embarks on a twenty-four-city tour. Cast of 4 women and 3 men.