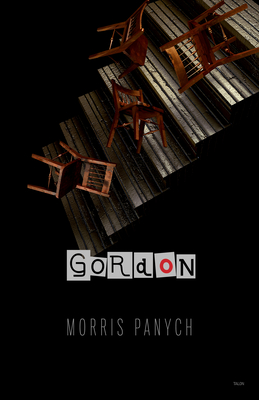 Gordon was always an odd little child, given his penchant for setting the neighbours' sheds on fire with their pets locked inside and his fascination with the funeral rituals at the church across the way. Home-schooled in the evenings within the bounds of a somewhat limited curriculum of drunken impromptu kitchen renovations and wife beatings in the resultant ruins by his father Gord, a man of troglodyte imagination and boundless determination for self-replication, his namesake son dedicates himself to these subjects with a kind of limitless and inarticulate awe. Something sinister and permanent involving the stairs to the basement seems to have happened to Gordon's mother at a formative stage of his development, narrowing the scope of his education even further and leaving him at somewhat Oedipal loose ends.

As the steel mill shuts down and everyone in town moves away, Gordon's father urges him to attend an institution of higher learning. Educated by a legal system that provides him with free room and board in an institution dedicated solely to freshman tutorials in applied criminology conducted by its post-graduate students, Gordon's vocabulary grows by leaps and bounds, as do his natural gifts for sociopathic rhetoric, fatuous rationalization and reductive logic. Upon graduation, Gordon sets out to build an innovative business with his former cellmate Carl. This ambition is not without its bloody-handed transactions and awkward issues about where to file the evidence. Then there's the question of what to do about the pregnant and vulnerably sullen Deirdre, who spends an unusual amount of time worrying about her nails and calculating the pathetic hourly wages that Gordon and Carl's sins bring in. By accident or design, this dysfunctional trio on the lam breaks into Gord's home, wherein they confront "the end of the line" and some very disturbing metaphors.

Morris PanychPlaywright, actor and director Morris Panych has been described as "a man for all seasons in Canadian theatre." He has appeared in over 50 theatre productions and in numerous television and film roles. He has directed over 30 theatre productions and written over a dozen plays that have been translated and produced throughout the world. He has twice won the Governor General's Award and has won the Jessie Richardson Theatre Award 14 times for acting and directing. He has also been nominated six times for Toronto's Dora Mavor Moore Award and three times for the Chalmers Award. His classic 7 Stories ranks 9th among the ten best selling plays in Canada, outselling the Coles version of Romeo & Juliet.

"That’s the thing about Panych. He makes you laugh about the oddest things,
at the strangest moments, sometimes leaving you feeling guilty at being so
amused by the pathetic or the macabre a riveting production of a brilliant
new play by one of Canada’s top playwrights."
Montreal Gazette

A beautifully dark and chillingly funny exploration of the implications of bringing children into this world.”
Segal Centre for the Performing Arts

A dark yet humorous family drama that is both explosive and tender.”
Hour.ca