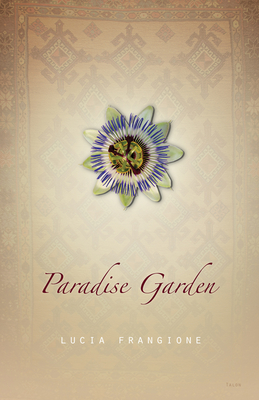 In the gold-rush era of the 1850s, the McKinnons settled on an island off the west coast of Canada, where the first thing they did was to turn this "wilderness" into an English country garden complete with vegetables, flowers, fruit trees and an elegant gazebo. After six generations, times and circumstances have changed, the family estate has been subdivided, the flowers have gone wild, the pear-tree has rotted and the heritage house has been carved up into a duplex, the property now divided in two by an ugly hedge. The McKinnons now live in one side of the property, while the other has been sold to an immigrant family recently arrived from Turkey. The heirs apparent to both families, Day McKinnon and Leyla Zeki, fancy themselves to be sophisticated citizens of the world, tolerating with thinly disguised amusement their ancestors' "outdated" formalities and rituals. So alienated are they that they spend much of their time only half-jokingly speaking of themselves in the third person. Yet Leyla recognizes something fundamental and mysterious in the vestiges of the old garden: its tumbled and overgrown ruins remind her of the Paradise Garden of Judeo-Christian/Islamic tradition--its layout in the four cardinal directions, its allusions to the seasons and the elements, and its walls that surround a place of secret love. For Day, however, despite, or perhaps because of the fact that he has discovered a long-buried family secret, "The problem with being born into paradise is: eventually you inherit it. There's something to be said for the bedlam of hell. Heaven is a lot of upkeep." Abandoning their families for their careers, they are reunited years later having discovered that love is not just something that happens to us, but something that we must build by hand in the wilderness of our lives.

Lucia FrangioneAward-winning playwright and actress Lucia Frangione is the recipient of the 2006 and 1998 Gordon Armstrong Playwright Awards and won the Sydney Risk playwright award for Cariboo Magi in 2001. Espresso was nominated for seven Jessie awards, toured Western Canada in 2004 and was translated into Polish and performed for a year at Teatr Jeleniogorski in 2007. Frangione has performed in her own plays to much acclaim, notably earning Jessie Richardson Award nominations for her leading performances in Holy Mo and Espresso as well as winning the CAEA Stage West National Acting Award in 2003.

Paradise Garden challenges us to think about the predominance of individual modern human thinking and behaviour and the human spirit. The play is about bringing together communities and religions and intimate connections.”
reviewVancouver

Paradise Garden will take you up a curious sort of garden path, not in the rhetorical sense, but in a religious, proverbial, and certainly a passionate sense, into a modern day, inter-cultural Garden of Eden.”
Examiner.com