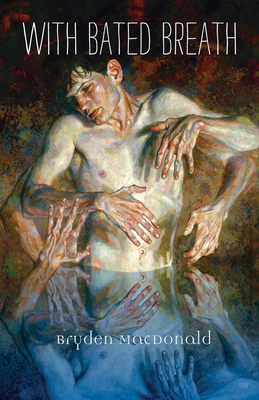 With Bated Breath asks questions about memory--how and why it plays such a prominent role in our lives: how time affects it, how it fractures, how we often reinvent it depending on the situation--and why it is that certain things stay with us with a blistering clarity, while the shadows of other people and events simply slip away, only to reveal themselves again later in our lives when we least expect them. This is the provocative tale of Willy, a troubled but charismatic gay kid who flees Cape Breton Island for Montreal with hopes of forgetting a newly broken heart by starting a new life in the big city. There, hopelessly awkward and na ve, caught up in the cynical and brutalizing cash-economy of the city's red light district, he retreats ever further into a world of fantasy and anonymity, and soon goes missing without a trace. Willy, in one way or another, has had a profound effect on the lives of the people he has touched. As rumours fly, secrets explode and reality blurs with fantasy, he is both remembered and reinvented by each of the play's characters in their own way. Though Willy's self-appointed, newfound and worldly wise mentor had cautioned him, "There's nothing safe. We're never safe. If you ever thought you were, you were in denial," it's too late for this dreamer who ignored the best advice he ever got from those who cared for him: "You just don't find a soul mate--you have to invent them. Cuz love at first sight sure don't last." What lasts at the end of the day is memory--the necessary tale we tell ourselves to both make sense of our past and to give ourselves hope for a future without having to lose those we have loved.

Quite stunning full of one-liners and dark poetry.”
Daniel MacIvor