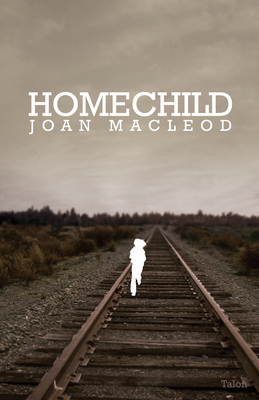 Between 1860 and 1930 an officially sanctioned child migration from Britain to Canada took place. During that time over 80,000 children, unaccompanied by their parents or siblings and often separated from them forever, were placed at Canadian factories and farms where, more often than not, they were exploited as indentured child labourers. Alistair is a retired farmer who lives with his sister-in-law Flora and son Ewan on their family homestead. No longer a profitable or even a viable enterprise, the fields have long been leased out and the house is in serious disrepair. The scattered remnants of the family are vainly trying to hold it together and not doing a very good job of it. Lorna, Alistair's daughter, comes to visit for the first time since her marriage failed, for a shaky reunion that soon turns acrimonious. Alistair, grumpy and distracted as ever, suffers a stroke and his illness finally releases the memory of a secret that he had buried deep within himself years ago. He longs for Katie, the younger sister he was forced to leave behind in Scotland when he came to Canada in 1922 as a "home child." This is a play about family secrets and about the many forms of love, longing and aspiration they conceal. And it's about loss. It takes a piece of history from a dark corner of our country's past and dramatizes its tragic impact through the generations of one family. Homechild is set in Glengarry County in eastern Ontario where both of Joan MacLeod's parents were raised on farms just a few miles apart. Each had home children working on their family's farms in the 1920s, something she wasn't aware of when she first started her research for this play. Homechild premiered at The Belfry in Victoria on September 18, 2007.

Joan MacLeod Multiple Betty Mitchell, Chalmer's, Dora and Governor General's Award-winning author Joan MacLeod grew up in North Vancouver. Now an internationally celebrated star of the world of the theatre, MacLeod developed her finely honed playwriting skills during seven seasons as playwright-in-residence at the Tarragon Theatre in Toronto, and turned her hand to opera with her libretto for The Secret Garden, which won a Dora Award. In 1991, her play Amigo's Blue Guitar won the Governor General's Drama Award.