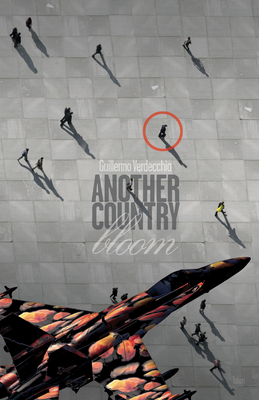 By Guillermo Verdecchia
$17.95
Email or call for price

Guillermo Verdecchia's first play, Another Country (originally Final Decisions War] ), was his response to his home country Argentina's Dirty War in 1976-83, when leaders of the military junta held that their campaign against "leftist subversives and terrorists" was the beginning of the Third World War. The scale of their undertaking was defined by their statement: "First we will kill all the subversives; then, their collaborators; later, those who sympathize with them; afterward, those who remain indifferent; and finally, those who are undecided." The public relations firm Burson-Marsteller was hired to make Argentina look good while the junta (trained in counter-insurgency at the U.S.-based and funded School of the Americas, or The School of the Coups as it's known in Latin America) and its collaborators reorganized the nation.

His latest play, bloom (the title is taken from a line in Paul Celan's poem, "Psalm" "we bloom in thy spite"), overflows with images from T.S. Eliot's The Waste Land("hooded hordes swarming over endless plains, stumbling in cracked earth," among others), and seems utterly contemporaneous with his first, in the context of the current destruction of Afghanistan and Iraq, part of the larger effort of an international reorganization of the world we know as "The War on Terror." Published together here for the first time, these plays constitute an unsparing interrogation of a world perpetually at war.

Guillermo Verdecchia is a writer of drama, fiction, and film; a director, dramaturge, actor, and translator whose work has been seen and heard on stages, screens, and radios across the country and around the globe. He is a recipient of the Governor General's Award for Drama, a four-time winner of the Chalmers Canadian Play Award, a recipient of Dora and Jessie Awards, and sundry film festival awards for his film Crucero / Crossroads.

Verdecchia know[s] how to modulate emotional tones beautifully bloom is a poetic look at a world where hope must grow in sandy soil.”
NOW