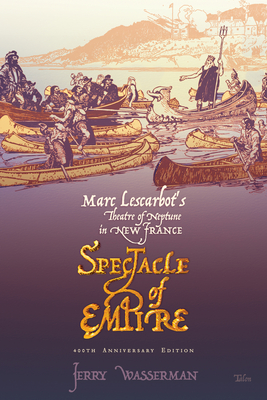 2006 marked the 400th anniversary of a major theatrical event in the history of North American drama. The Theatre of Neptune in New France by lawyer, poet and historian Marc Lescarbot was a masque of welcome performed on the Bay of Fundy by members of the tiny French colony of Port Royal on November 14, 1606. It celebrated the return of the ship bearing the Sieur de Poutrincourt and navigator-explorer Samuel de Champlain from their travels along the coastline as far south as Cape Cod in search of a more temperate site for the colony. It is a paean to empire, a thanksgiving for survival and an extraordinary theatrical spectacle in a "new" world peopled by Native inhabitants who are represented in it as both characters and audience. Arguably the first American play, it has also been called "a significant entry-point of Western cultural hegemony," sparking political activists to disrupt the re-enactment planned for its four hundredth anniversary celebration. This new edition includes the original French script along with its long out-of-print English translations by American historical preservationist Harriette Taber Richardson and Canadian scholars Eugene and Renate Benson, as well as Ben Jonson's The Masque of Blackness (1605), an illustrative contemporary English imperial spectacle. The extensive historical and critical introduction and bibliography are provided by Jerry Wasserman, Professor of Theatre at the University of British Columbia.

The French play by Lescarbot is a significant literary and cultural artifact: it represents a social interaction expressed in artistic form.”
Dalhousie Review

The Theatre of Neptune in New France was a defining moment a moment in which the theatre enacted an imagined authenticity even as it confirmed the extension of empire by transmuting the work of colonialism into spectacle.”
Alan Filewod, Performing Canada