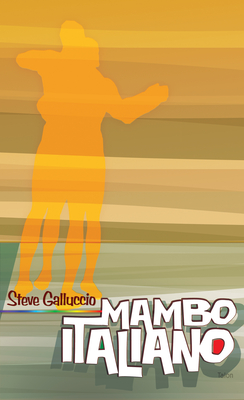 Mambo Italiano achieves its overwhelming power through a perfect balance of fast-paced comedy and poignant drama. Angelo, at the prompting of his equally repressed sister Anna, has told his very traditionally Italian immigrant parents, Maria and Gino, that he is gay. Hurt, betrayed and mortified by Angelo's coming out, his lover Nino is not unprepared for his widowed Italian mother Lina's reaction--a full-on operatic barrage of melodrama and hysterical excess so profound it gives even Angelo's shocked parents pause for second thoughts and prompts a hilarious and touching re-examination of their own outraged response to their son. Seeing their relationship shattered by their families' reactions of grotesquely overplayed comedy and pathos, Angelo emerges from the drama with his new-found pride intact, while Nino retreats even further into the darkness of his bisexual closet. While the press has often called the film version of Mambo Italiano "a gay My Big Fat Greek Wedding," there is far more at work in the play than the zealous mining of Italian immigrant family and gay culture stereotypes. Translated by Michel Tremblay, its huge fan, into a wildly successful Francophone theatrical phenomenon, Mambo Italiano is far more about the dynamics of family, about the vast spaces between the old world and the new, about grasping the resonant codes embedded in what is said and what is meant in ordinary speech, than it is "about" gay culture. In perhaps the play's most defining scene, the parish priest has been bribed with a bottle of wine and a carton of cigarettes to vacate his confessional so it can be occupied by the members of Angelo's family to ritually unburden themselves of their hilarious sins of personal hypocrisy, willful misapprehension and thoughtless transgression. Cast of four women and three men.

Steve GalluccioBorn in Montreal, Quebec, Steve Galluccio is a playwright with a delightful flair for comedy. His fast-paced, comic plays, full of popular art and local references and often underscored by a gay sensibility, were coined "Gonzo Theatre" by Montreal critic Gaetan Charlebois. A favourite of the Montreal Fringe Festival for several years, Galluccio went on to win three Gemini Awards the CBC Radio-Canada hit Un gars, une fille. Galluccio's play Mambo Italiano, premiered at the Jean Duceppe Theatre in a French version translated by Michel Tremblay and enjoyed an impressive run during the 2000-2001 season, winning both popular and critical acclaim. This play has also been adapted into a full-length screenplay--penned by Galluccio himself and directed by Emile Gaudreault--which was released worldwide in 2003.

"Manages to combine the sentimental, the silly and the sexy "
Toronto Star