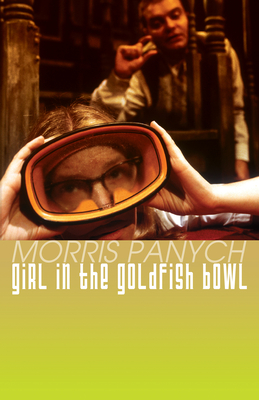 As Morris Panych's latest comedy opens, we hear Iris, a precocious girl of ten, saying: "These are the last few days of my childhood." The death of her goldfish, Amal, she is sure, has been announced by the air-raid sirens during the day's school drill. For Iris, there remain a few more days of life in a universe that is inherently ordered, where the spirit of her departed and ritually interred goldfish can, of course, be re-incarnated in a lost and amnesiac drifter given to rhetorical questions of seemingly deep philosophical import. Iris's terminally depressed parents, trapped within the nostalgic desires of their own lost youth, are oblivious to how the child's eye view of their daughter works and what it sees. They remember too well their own loss of innocence as they abandoned themselves to the existential chaos of adulthood. The middle-aged family boarder has spent years in a frustrated search for any kind of gratification, immediate or otherwise, at the Legion after a full day's work in the fish cannery. It is into the goldfish bowl of this dysfunctional family of lethargic piranhas, existential bottom-feeders and aggressive guppies that the audience peers with incredulity, acute recognition, hysterical laughter, and an overwhelming sense of the creative healing power of the imagination. Cast of three women and two men. Winner of the 2004 Governor General's Award for Drama.

Morris PanychPlaywright, actor and director Morris Panych has been described as "a man for all seasons in Canadian theatre." He has appeared in over 50 theatre productions and in numerous television and film roles. He has directed over 30 theatre productions and written over a dozen plays that have been translated and produced throughout the world. He has twice won the Governor General's Award and has won the Jessie Richardson Theatre Award 14 times for acting and directing. He has also been nominated six times for Toronto's Dora Mavor Moore Award and three times for the Chalmers Award. His classic 7 Stories ranks 9th among the ten best selling plays in Canada, outselling the Coles version of Romeo & Juliet.

An uncommon, quirky blend of humour and compassion ”
National Post