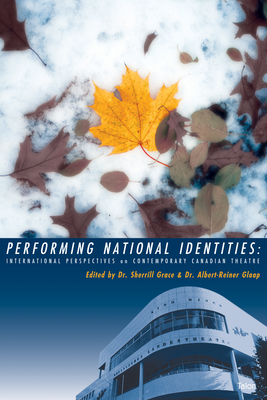 If you have ever wondered why the Scots love Michel Tremblay or what Sharon Pollock has to say to Japanese audiences, or just how a Canadian play--or being Canadian--is viewed in England or the United States, you should read this volume. Each author holds a mirror up to Canadian theatre, but the images in those mirrors differ in fascinating ways. The cumulative result is a multi-faceted reflection, coming from some of the world's most astute critics, on how Canada performs its national identities. Performing National Identities is a collection of 18 original essays on contemporary Canadian theatre by scholars and drama specialists in Canada, Great Britain, Europe, Australia and Japan. The international scope of the volume, reflected in its co-editors (Sherrill Grace from Canada, Albert-Reiner Glaap from Germany), confirms the new importance of Canadian plays on the world stage. This is the first volume of its kind, and it celebrates the variety and vitality of Canadian theatre. Among the playwrights whose works are discussed here are Michel Tremblay, Sharon Pollock, George F. Walker, Joan MacLeod, Tomson Highway, Marie Clements, Michel Marc Bouchard, Morris Panych, Monique Mojica, and Djanet Sears. There are also interviews with theatre practitioners in Hungary, Germany and Canada, including one with the late Urjo Kareda. The contributors consider many of the challenging issues addressed by contemporary Canadian playwrights--issues of race and racist stereotypes, of gender and violence, of historical events and identity politics--and all agree that Canada's playwrights mine their local or individual situations to explore universal problems. It is this large vision, as well as the quality of the plays, that enables Canadian drama to move audiences all over the world.