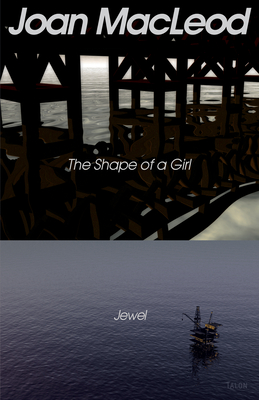 In an imaginary letter to an absent older brother, Braidie struggles to understand the torture and killing of a teenage girl by a group of her school-mates. MacLeod's young protagonist enters all the bright open avenues of peer-group play and the dark blind alleys of individual and collective terror, as she discovers within herself both the capacity for and the conflict between impulses of good and evil. In thinking back on the history of her own tight-knit group of friends, she begins to see how in the excitement of belonging to a ritualized, secret collective, the self is created by the increasing dehumanization of the other--of both the bully and the victim. The Shape of a Girl goes far beyond a simple dramatization of the seemingly inexplicable code of silence and tacit complicity which surrounded the sensationalized Reena Virk murder in 1997 on which the play is based. It speaks eloquently and compassionately to a world increasingly dominated by all forms of collectivised and ritualized tribalist hatred, and offers the embrace of trust as the only way out of this circle of violence. Jewel is also based on a real-life catastrophe--the sinking of the Ocean Ranger, an oil rig off the coast of Newfoundland, on Valentine's Day, 1982. Three years later, a widow, Marjorie Clifford, at home in her trailer in Fort St. John, British Columbia, begins to take the first step in understanding that the humanity of love, in all of its tentative frailty, uncertainty and promise, can free a life paralyzed and dominated by loss.

Joan MacLeodMultiple Betty Mitchell, Chalmer's, Dora and Governor General's Award-winning author Joan MacLeod grew up in North Vancouver. Now an internationally celebrated star of the world of the theatre, MacLeod developed her finely honed playwriting skills during seven seasons as playwright-in-residence at the Tarragon Theatre in Toronto, and turned her hand to opera with her libretto for The Secret Garden, which won a Dora Award. In 1991, her play Amigo's Blue Guitar won the Governor General's Drama Award.

"Joan MacLeod’s The Shape of a Girl has many of the hallmarks of the best intuitive writing [her] poetry is pure."
Georgia Straight

"Beautifully written like Jewel, The Shape of a Girl will enter the repertoire and be performed for many years to come."
Toronto Star

"Her main character feels so much more real than most portraits of young people onstage. Ms. MacLeod writes dialogue that sounds like the way girls talk, without being a bit condescending. Braidie is just your average kid. She’s a little melodramatic, maybe, and a handful for her mother, but nothing too out of the ordinary. So when she sees her friends cruelly hazing a girl at school, she does what most kids would doabsolutely nothing.

Joan MacLeod’s sober and gripping one-woman show "The Shape of a Girl," produced by a Canadian company, the Green Thumb Theatre, and playing at the Duke on 42nd Street through Jan. 30, adds to the growing consensus in popular culture that "sugar-and-spice and everything nice" might have been overstating the case.

In recent years, girls have been increasingly portrayed in everything from serious journalistic studies to light comedies like "Mean Girls" as tyrannical, bullying and devoted to a ruthless caste system.

Inspired by the real-life murder in 1997 of the 14-year-old Reena Virk by two high school girls in Vancouver, this memory play tells the fictional story of a less horrific act of brutality told from the perspective of a not-so-innocent bystander. By making the play about her failure to act courageously, Ms. MacLeod has turned what could have been a simple after-school special into a much more complex drama with thornier moral issues.

Through Braidie’s eyes, the audience sees the plight of Sophie, an innocent, awkward girl who is bullied by her classmates. She is ignored, mocked and referred to as a thing instead of a person. Braidie sympathizes with Sophie, but also seems to resent her inability to stick up for herself.

Jennifer Paterson is brilliant in the role, winning our sympathies and communicating with painstaking articulation the weakness of being unable to stop something that you know is wrong. This subject has been explored before. Neil LaBute, for one, is a master at revealing the failings of the ineffectual everyman.

But Ms. MacLeod doesn’t have his killer instinct or his cruel streak. She struggles mightily not to judge her main character, who feels so much more real than most portraits of young people onstage. Ms. MacLeod writes dialogue that sounds like the way girls talk, without being a bit condescending. Of course, the fact that Braidie and her situation seem so familiar only makes the drama that much more troubling."
New York Times