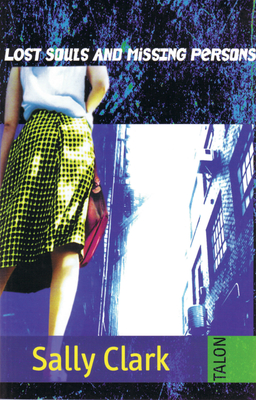 Lost Souls and Missing Persons premiered at Theatre Passe Muraille in 1984. It is a comic, biting, surreal investigation of the question of self and identity in the North American middle-class--a trope of insulating banalities which trades the body's physical and spiritual content for the artifice of a formalized security and predictability. Hannah, wife and mother of two teenagers, vacationing with her husband Lyle in New York, wakes up in the middle of the night and looks at the man sleeping in the bed next to her and screams. She does not remember who she is, who Lyle is, how she got there, and finally, how to speak. Revealed to the audience in a series of flashbacks and through Lyle's search for her, she ends up wandering among strangers and street people like herself, and is picked up by an artist who "mounts" her in his studio as another of his "installations."

Sally ClarkBorn in Vancouver, Sally Clark is a critically acclaimed playwright who has been dazzling audiences with her penchant for dark humour, ironic wit and sharp character portrayals. Her plays, typically presented in a series of short, vivid and fast-paced scenes, seamlessly combine comedic and tragic motifs to tell the stories of strong and adventurous women. She is also an accomplished painter, director and filmmaker.