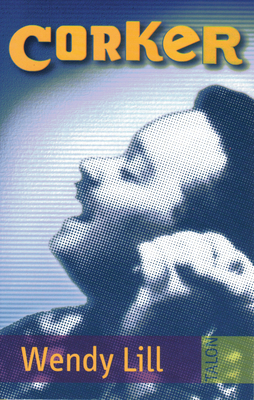 Corker uses the familiar but difficult and treacherous nineteenth-century device of representing the family as a microcosm of the nation state. Opening with the extended family's awkward attendance at the funeral of Serena, aging flower child of the sixties, the symbolic conflicts build quickly. Serena's sister Merit, the hard-driving, social-program-budget-slashing female political aparatchik and her husband Leonard, a lion of free enterprise, are hell bent on dismantling their government's social services by replacing them with a privatized human warehousing system whose track record to date has been the streamlining of the American prison system. But there's a problem: Serena's developmentally challenged friend Corker, the family's faded and failed country gentleman brother Galahad, and their octogenarian mother Florence, all become victims of Merit and Leonard's "success."

It is Wendy Lill's great skill as a playwright that actually makes this symbolism work by unravelling it into a devastating conclusion that is seen in two completely different ways by the characters and the audience. While everyone in the play is celebrating their "one big happy family" reunion (brought about by Merit and Leonard having seen the "error of their ways"), the audience, having realized the characters are all about to lose their comfortable designer house and are headed for the unheated trailer park, watches in horror as the social worker brings in huge green garbage bags of junk. This play is not what it seems at all. This is not agitprop. This is killer theatre. Cast of two women and four men.

Wendy LillWendy Lill has not only written extensively for radio, magazines, film, television and the stage, but has also been active in national politics. In 1979, while with CBC Radio in Winnipeg, Lill wrote her first play, On the Line, to dramatize the plight of striking Winnipeg garment industry workers. Since then, her plays have gone on to examine the Canadian women's suffrage movement (The Fighting Days); aboriginal-white relations (The Occupation of Heather Rose, Sisters); pedophilia and mass hysteria (All Fall Down); the slashing of social programs (Corker); and the dangerous lives of coal miners in her adopted province of Nova Scotia (The Glace Bay Miners' Museum).