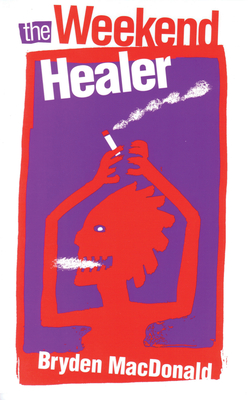 On a Friday morning in a "frighteningly well-groomed living room" in Scarborough, Lindalou, 31, is packing up to return to Cape Breton after visiting her mother, Betina, for the first time in five years. Mother and daughter have a turbulent relationship, exchanging refrains of put-downs as a way of avoiding speaking and listening to each other. Lindalou's 16-year-old son, Curtis, is as much a brother to her: "We grew up together," she says. When Curtis steps out for a pack of cigarettes and does not return, the young mother fears the worst. Curtis' disappearance is the catalyst for a harrowing weekend of hysteria and emotional upheaval. Lindalou's blistering, smart-mouthed anger wears down to a paralytic terror, while Betina's blinkered sense of reality, like the plastic cover on her sofa, is ripped away. The Weekend Healer asks us to question the nature of family, of that much-proffered placebo--traditional family values, and of what mothering and fathering are all about.