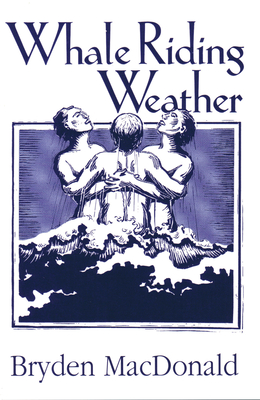 A love story in which a faded old queen finds his life slipping away from him along with his young lover, who meets a new, younger man. "One day when I was sitting in a tiny little basement bar I noticed a man sitting alone at the bar--an elegant old queen with snowy white hair perfectly sculpted around his translucent face. His eyes could have been any colour--they were empty. He remained very still, holding a brandy snifter with great reverence while a steady stream of tears flowed down his cheeks. I suddenly found myself inventing his history, wondering what it must have been like for him growing up gay--maybe in a small fishing village on the east coast. Had he been ridiculed by his peers? Disowned by his parents? Did he run to a big city at too early an age?" Cast of 3 men.

MacDonald’s script, a roller-coaster ride of pain and humour and pathos and love, is an actor’s dream.”
Vancouver Sun

This is the most promising playwriting talent I’ve seen in a long time.”
CBC Radio