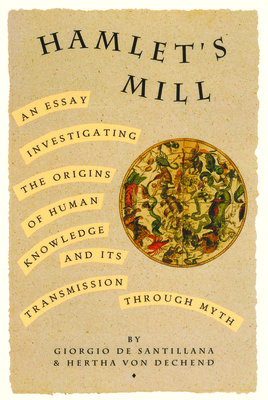 "A book wonderful to read and startling to contemplate. If this theory is correct, both the history of science and the reinterpretation of myths have been enriched immensely."--Washington Post

A seminal work of scientific and philosophical exploration. Ever since the Greeks coined the language we commonly use for scientific description, mythology and science have developed separately. But what if we could prove that all myths have one common origin in a celestial cosmology? What if the gods, the places they lived, and what they did are but ciphers for celestial activity, a language for the perpetuation of complex astronomical data?
Drawing on scientific data, historical and literary sources, the authors argue that our myths are the remains of a preliterate astronomy, an exacting science whose power and accuracy were suppressed and then forgotten by an emergent Greco-Roman world view. This fascinating book throws into doubt assumptions of Western science about the unfolding development and transmission of knowledge. This is a truly seminal and original thesis, a book that should be read by anyone interested in science, myth, and the interactions between the two.