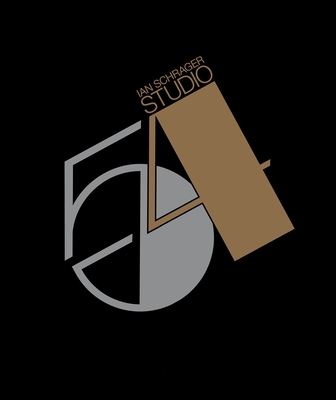 There has never been—and will never be—another nightclub to rival the sheer glamour, energy, and wild creativity that was Studio 54. Now, in the first official book on the legendary club, co-owner Ian Schrager presents a spectacular volume brimming with star-studded photographs and personal stories from the greatest party of all time. From the moment it opened in 1977, Studio 54 celebrated spectacle and promised a never-ending parade of anything goes. Although it existed for only three years, it served as a catalyst that brought together some of the most famous and creative people in the world. It quickly became known for its celebrity guest list and uniquely chic clientele. From the cutting-edge lighting displays to its elaborate sets, it was the beginning of nightclub as performance art. Now, Studio 54 explores this cultural zeitgeist and gives us Schrager’s personal firsthand account of what it was like to create and run the most famous nightclub of our age. With hundreds of photographs, many of which have never been seen before, of the celebrities and beautiful people and engaging stories and quotes from such cultural luminaries as Liza Minelli, David Geffen, Brooke Shields, Pat Cleveland, and Diane von Furstenberg, this exciting volume depicts the wild energy and glittering creativity of the era. One of the most important cultural landmarks of the twentieth century, Studio 54 continues to inspire with its legendary glamour. This exhilarating volume is a must-have for style and fashion aficionados today.

Ian Schrager is an entrepreneur, hotelier, and real estate developer associated with the creation of boutique hotels. He gained fame as co-owner and cofounder, with Steve Rubell, of nightclub Studio 54 in 1977 and then the Palladium in 1985.

Bob Colacello, a special correspondent for Vanity Fair, was the editor of Interview magazine for 12 years and is the author of several books, including Holy Terror: Andy Warhol Close Up.

"Ian Schrager, the former co-owner of Studio 54, collects photographs and stories from the nightclub's heyday in the late 1970s and '80s in this glitzy, celebrity-filled coffee-table book that will fill any giftee with awe and nostalgia."
—The New York Times, Holiday Gift Guide

"On the timeline of New York nightlife, the heyday of Studio 54 barely registers as a blip. Just three years separate the club’s celeb-mobbed 1977 opening and the raucous “going-away party” that proprietors Ian Schrager and the late Steve Rubell hosted before being carted off to jail for tax evasion. But in the four decades since that famous coke-snorting crescent moon first rose over the dance floor, no other nightclub has made quite as indelible an ­impression on the city’s social scene. From 10 p.m. until sunrise, A-list movie stars mingled with drag queens on roller skates, Park Avenue swans had (pre-AIDS-crisis) bathroom sex with downtown artists, and some of the 20th-century’s greatest literary lights watched it all from the infamous banquettes. Now, thanks to a new book, those who never made it past the velvet ropes—or are too young to have even tried—have a window into that wild-and-crazy magic. Studio 54 (Rizzoli), edited by Schrager, now impresario of a slew of hotels including the new Public Hotel, is equal parts oral history, personal scrapbook, and photo album, bringing together the reminiscences of regulars with star-studded snapshots and reams of gossip columns. Schrager, it seems, saved everything."
—W Magazine.com

"Ian Schrager looks back at the legendary club that he and Steve Rubell started in 1977, with vintage photos of the stars and personalities who walked through its doors."
—WSJ. Magazine

"Schrager is releasing Studio 54, featuring hundreds of photos from the club's heyday, many of them from his personal albums: Michael Jackson and David Bowie, presidential families and news anchors, the SNL crew, Diana Ross, Tennessee Williams, Halston, Roy Cohn, Richard Pryor, Vladimir Horowitz—a fairly broad representation of American achievement, and not a handler or cell-phone camera in sight. "
—Esquire

"To say that Studio 54 was the place to be, may in fact be the understatement of the last four decades. To celebrate the nightclub’s 40th anniversary this year, co-founder Ian Schrager looks back to the Studio’s history with a new coffee table book, out now, and an upcoming documentary to be released at the end of the year."
—Refinery29.com

"Legendary luxury hotelier Ian Schraeger, co-owner of Studio 54, has put together the ultimate illustrated memoir in the long-awaited magnum opus Studio 54 (Rizzoli New York). The book is the perfect mélange of photographs and press clips, memories of New York when nightlife was at its peak. But it’s more than a who’s who of the jet set—it is the ultimate guide to vintage style, from Valentino to Steven Tyler of Aerosmith."
—Crave Online

"In Ian Schrager’s new book, Studio 54, the club owner pulls back the velvet rope to capture the power, pleasure, and people at the greatest nightclub of all time."
—Vanity Fair

"The iconic disco club that defined an era comes alive again in this sizable memory-capsule by and on the legendary co-founder, Ian Schrager through spectacular photographs (some never before seen) featuring the likes of Mick Jagger, Elizabeth Taylor, Warren Beatty, Diana Ross and Andy Warhol. The More than just nostalgia, this is unfettered access past the velvet rope and into a unique world where celebrities and regulars partied together, epitomizing decadence and most importantly, having fun."
—IndulgeMagazine.com