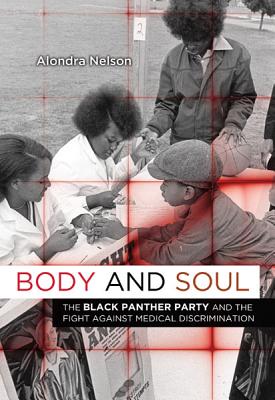 Between its founding in 1966 and its formal end in 1980, the Black Panther Party blazed a distinctive trail in American political culture. The Black Panthers are most often remembered for their revolutionary rhetoric and militant action. Here Alondra Nelson deftly recovers an indispensable but lesser-known aspect of the organization’s broader struggle for social justice: health care. The Black Panther Party’s health activism—its network of free health clinics, its campaign to raise awareness about genetic disease, and its challenges to medical discrimination—was an expression of its founding political philosophy and also a recognition that poor blacks were both underserved by mainstream medicine and overexposed to its harms.

Drawing on extensive historical research as well as interviews with former members of the Black Panther Party, Nelson argues that the Party’s focus on health care was both practical and ideological. Building on a long tradition of medical self-sufficiency among African Americans, the Panthers’ People’s Free Medical Clinics administered basic preventive care, tested for lead poisoning and hypertension, and helped with housing, employment, and social services. In 1971, the party launched a campaign to address sickle-cell anemia. In addition to establishing screening programs and educational outreach efforts, it exposed the racial biases of the medical system that had largely ignored sickle-cell anemia, a disease that predominantly affected people of African descent.

The Black Panther Party’s understanding of health as a basic human right and its engagement with the social implications of genetics anticipated current debates about the politics of health and race. That legacy—and that struggle—continues today in the commitment of health activists and the fight for universal health care.

Alondra Nelson is associate professor of sociology at Columbia University, where she also holds an appointment in the Institute for Research on Women and Gender. She is coeditor of Technicolor: Race, Technology, and Everyday Life and Genetics and the Unsettled Past: The Collision between DNA, Race, and History.

In Body and Soul, Alondra Nelson combines careful research, deep political insight, and passionate commitment to tell the little-known story of the Black Panther Party's health activism in the late 1960s. In doing so, and in showing how the problems of poverty, discrimination, and access to medical care remain hauntingly similar more than forty years later, Nelson reminds us that the struggle continues, particularly for African Americans, and that social policies have profound moral implications.—Rebecca Skloot, author of The Immortal Life of Henrietta Lacks

This book is a revelation. Alondra Nelson uncovers two remarkable histories in Body and Soul. First, she provides the deep context for our current conversation about the health disparities that plague the African-American community and that are, as she puts it, ‘quite literally sickening.’ Second, she adds immeasurably to our knowledge of the Black Panther Party, complicating its commonplace designation as a radical, militant organization to unearth its dedication and hard work in advocating for and providing equal and quality health care for even the most underserved African Americans. Nelson is the first scholar I know of to bring these two histories into dialogue with each other, and she does so with spectacular results. This is a tremendously important book.—Henry Louis Gates Jr., Harvard University

The activities of the Black Panther Party have long been reduced to stories of violent police confrontations and empty propaganda. By taking seriously the claims and the practices of the Black Panthers with respect to the health of Black people, Alondra Nelson has provided a critical corrective to earlier studies. More importantly, this is a brilliant analysis of a significant moment in the long tradition of health advocacy on the part of African Americans. Body and Soul is a major achievement.—Evelynn Hammonds, Harvard University

In her revisionist account, Nelson insightfully guides the reader through the range of campaigns by which the Black Panther Party paved the way to broad efforts to promote biomedical inclusion and democratize access to medical knowledge and practice.—Steven Epstein, author of Inclusion: The Politics of Difference in Medical Research