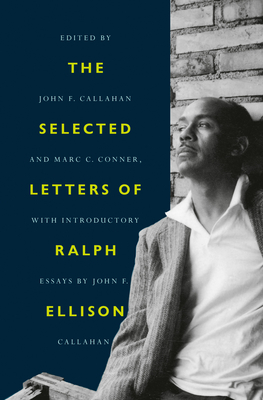 A radiant collection of letters from the renowned author of Invisible Man that trace the life and mind of a giant of American literature, with insights into the riddle of identity, the writer’s craft, and the story of a changing nation over six decades

These extensive and revealing letters span the life of Ralph Ellison and provide a remarkable window into the great writer’s life and work, his friendships, rivalries, anxieties, and all the questions about identity, art, and the American soul that bedeviled and inspired him until his death. They include early notes to his mother, written as an impoverished college student; lively exchanges with the most distinguished American writers and thinkers of his time, from Romare Bearden to Saul Bellow; and letters to friends and family from his hometown of Oklahoma City, whose influence would always be paramount.

These letters are beautifully rendered first-person accounts of Ellison’s life and work and his observations of a changing world, showing his metamorphosis from a wide-eyed student into a towering public intellectual who confronted and articulated America’s complexities.

Ralph Ellison is the author of the novel Invisible Man one of the most important and influential American novels of the twentieth century, as well as numerous essays and short stories. He was born on March 1, 1913, in Oklahoma City, Oklahoma. He died in New York City in 1994.

John F. Callahan is the Odell Professor of Humanities at Lewis & Clark College. He has been the editor or writer of numerous volumes related to African American and twentieth-century literature. As Ralph Ellison’s literary executor, Callahan worked as the primary editor for the posthumously released Ralph Ellison novel Juneteenth.

Marc C. Conner is the Jo M. and James M. Ballengee Professor of English and provost at Washington and Lee University.