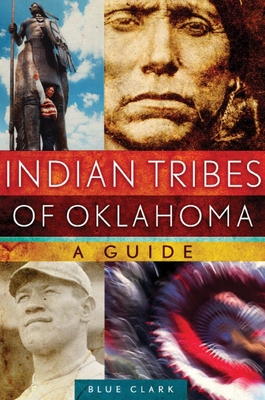 Oklahoma is home to nearly forty American Indian tribes, and includes the largest Native population of any state. As a result, many Americans think of the state as "Indian Country." For more than half a century readers have turned to Muriel H. Wright's A Guide to the Indian Tribes of Oklahoma as the authoritative source for information on the state's Native peoples. Now Blue Clark, an enrolled member of the Muscogee (Creek) Nation, has rendered a completely new guide that reflects the drastic transformation of Indian Country in recent years.

As a synthesis of current knowledge, this book places the state's Indians in their contemporary context as no other book has done. Solidly grounded in scholarship and Native oral tradition, it provides general readers the unique story of each tribe, from the Alabama-Quassartes to the Yuchis. Each entry contains a complete statistical and narrative summary of the tribe, encompassing everything from origin tales and archaeological research to contemporary ceremonies and tribal businesses. The entries also include tribal websites and suggested readings, along with photographs depicting prominent tribal personages, visitor sites, and accomplishments.