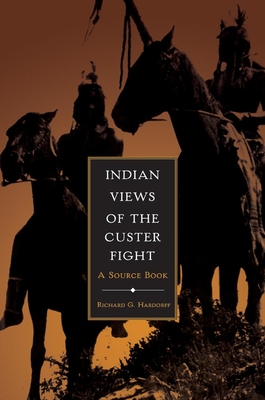 A much-neglected source of first-hand views on the Battle of the Little Bighorn is presented in this third and final volume of Indian testimony collected by award-winning author Richard G. Hardorff. Like its companion volumes, Lakota Recollections and Cheyenne Memories, Indian Views offers thirty-five interviews and statements from Indians who were eyewitnesses to the battle. Here is the story of the battle as told through the observations of twenty-nine Sioux and nine Cheyennes, from the point at which the soldiers were first detected on their march toward the Indian settlement, to the bitter end, as the Indians packed up and moved their camps. Interviews, narratives, and statements by Crazy Horse, Crow King, Two Moons, and Turning Hawk are only a few of the accounts given, extracted from letters, newspaper stories, Army reports, and manuscripts. The prologue and epilogue contain the impressions of three Seventh Cavalry soldiers, while the appendix presents Walter M. Camp's analytical conclusions of General Terry's order to Custer. Their combined efforts resulted in a valuable contribution to the historiography of one of the most dramatic and controversial episodes in our military history. Extensive notes provide in-depth analysis of sometimes conflicting statements regarding soldiers' identities, based on their clothing, positioning, and Indian accounts. Detailed background on the combatants is given as well as commentary on the number of Indian casualties in the fight. The eight maps which accompany these accounts illustrate the positions of fighters throughout the battle. This collection of primary source material, originally obtained by Army personnel, newspaper correspondents, anthropologists, and historians, is a must for any scholar of the Battle of the Little Bighorn and an important addition to the literature leading to a better perspective of the events of the summer of 1876. Richard G. Hardorff is the author of numerous works on the Battle of the Little Bighorn, Custer, and the Plains Indians, including Lakota Recollections of the Custer Fight and Custer and the Little Bighorn. He resides in Genoa, Illinois.