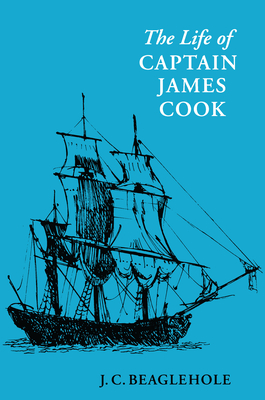 Captain Cook is the greatest explorer-seaman of all time, yet the world has had to wait almost two centuries for the first full-scale biography to do justice to the man and his achievements. Professor J.C. Beaglehole, the leading authority on Pacific exploration, devoted himself for many years to the editing of Cook's copious Journals, a monument of scholarship in four massive volumes, and the Journal of Josepph Banks who accompanied Cook in the Endeavor. The Journals completed, Beaglehole turn to writing as the crown of his life's work this biography of Cook, which was completed but for a final checking when he died.

This is not merely a chronological account of events in Cook's life but a deeply revealing study of the growth of a complex character, stubborn and passionate yet patient and judicious, seen in his actions as an unrivalled navigator and explorer and as a commander of men. Those who influenced Cook from childhood up, and those who sailed with him on his voyages, are as clearly and surely drawn as the man himself. The author's first-hand knowledge of the Pacific Islands and the coasts of New Zealand and Australia give a warmth and actuality to the narrative, while his impeccable scholarship and skill in handling the mass of documentary material, his wit, and his elegant literary style, confirm the expectration that this is one of the great historical biographies.

John Cawte Beaglehole was born in Wellington and attended Victoria University College to which, after graduate work in London and a period of short-lived jobs and unemployment in the 1930s, he was to return as lecturer in history, senior research fellow and finally Professor of British Commonwealth History. Among his publications are The Exploration of the Pacific, The Discovery of New Zealand, and Victoria University College: An Essay Toward a History.