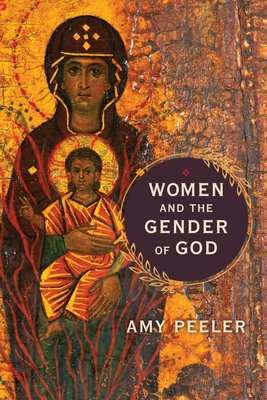 A robust theological argument against the assumption that God is male.

While many Christians would readily affirm this truth, the widely held assumption that the Bible depicts a male God persists--as it has for centuries. This misperception of Christianity not only perniciously implies that men deserve an elevated place over women but also compromises the glory of God by making God appear to be part of creation, subject to it and its categories, rather than in transcendence of it.

Through a deep reading of the incarnation narratives of the New Testament and other relevant scriptural texts, Amy Peeler shows how the Bible depicts a God beyond gender and a savior who, while embodied as a man, is the unification in one person of the image of God that resides in both male and female. Peeler begins with a study of Mary and her response to the annunciation, through which it becomes clear that God empowers women and honors their agency. Then Peeler describes from a theological standpoint how the virgin birth of Jesus--the second Adam--reverses the gendered division enacted in the garden of Eden.

While acknowledging the significance of the Bible's frequent use of "Father" language to represent God as a caring parent, Peeler goes beneath the surface of this metaphor to show how God is never sexualized by biblical writers or described as being physically involved in procreation--making the concept of a masculine God dubious, at best. From these doctrinal centers of Christianity, Peeler leads the way in reasserting the value of women in the church and prophetically speaking out against the destructive idolatry of masculinity.

Amy Peeler is associate professor of New Testament at Wheaton College and associate rector at St. Mark's Episcopal Church in Geneva, Illinois. She is the author of You Are My Son: The Family of God in the Epistle to the Hebrews and the coauthor, with Patrick Gray, of Hebrews: An Introduction and Study Guide.