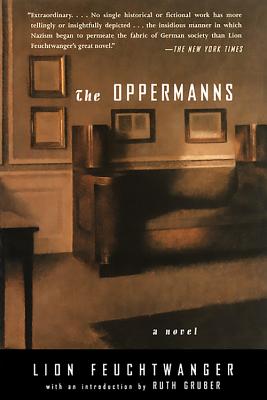 "Extraordinary . . . No single historical or fictional work has more tellingly or insightfully depicted . . . the insidious manner in which Nazism began to permeate the fabric of German society than Lion Feuchtwanger's great novel." -- New York Times

First published in 1934 but fully imagining the future of Germany over the ensuing years, The Oppermanns tells the compelling story of a remarkable German Jewish family confronted by Hitler's rise to power. Compared to works by Voltaire and Zola on its original publication, this prescient novel strives to awaken an often unsuspecting, sometimes politically naive, or else willfully blind world to the consequences of its stance in the face of national events -- in this case, the rising tide of Nazism in 1930s Germany. The past and future meet in the saga of the Oppermanns, for three generations a family commercially well established in Berlin. In assimilated citizens like them, the emancipated Jew in Germany has become a fact. In a Berlin inhabited by troops in brown shirts, however, the Oppermanns have more to fear than an alien discomfort. For along with the swastikas and fascist salutes come discrimination, deceit, betrayal, and a tragedy that history has proved to be as true as this novel's astonishing, profoundly moving tale.

Lion Feuchtwanger authored such modern classics of world literature as Jew Suss, Josephus, and Success. He collaborated with Bertolt Brecht and an early, outspoken critic of the Nazi movement. Forced into exile in France, Feuchtwanger and his wife were interned by the Vichy government during World War II. They escaped to the United States and settled in Pacific Palisades, California.