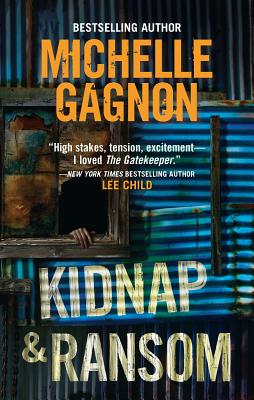 By Michelle Gagnon
$7.99
Email or call for price

When the world's foremost kidnap and ransom negotiator is snatched by a ruthless drug cartel, Jake Riley becomes ensnared in the effort to save him. But he's up against Los Zetas, an elite paramilitary organization renowned for its ferocity and skill. Now he and his colleagues must navigate the dark underbelly of Mexico, from raging street wars to perilous jungles, in an effort to rescue him before time runs out. After nearly losing her life on her last case, FBI Agent Kelly Jones may never do fieldwork again. Determined to regain her confidence, she joins Jake on his mission--and quickly realizes she's in over her head. Then in the slums of Mexico City, she encounters a former nemesis who's enacting a nightmarish ritual on the weak and vulnerable. Now she has one last, desperate shot to prove herself--by taking down a killer.