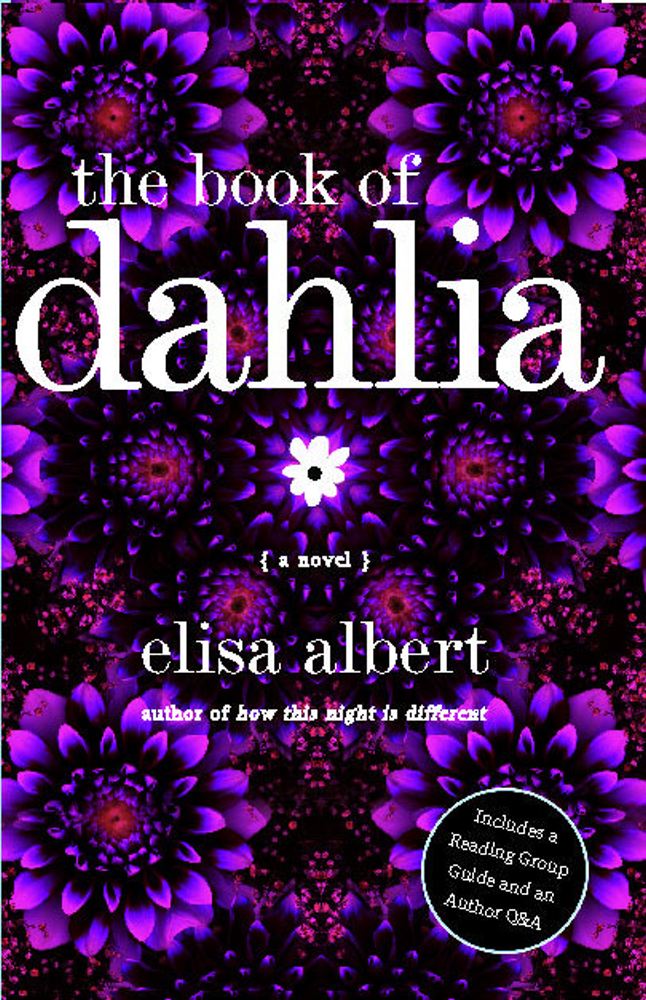 From the author of the critically acclaimed story collection How This Night Is Different comes a dark, arresting, fearlessly funny story of one young woman's terminal illness. In The Book of Dahlia, Elisa Albert walks a dazzling line between gravitas and irreverence, mining an exhilarating blend of skepticism and curiosity, compassion and candor, high and low culture.

Stunned and uncomprehending, Dahlia must work toward reluctant emotional reckoning with the aid of a questionable self-help guide. She obsessively revisits the myriad heartbreaks, disappointments, rages, and regrets that comprise the story of her life -- from her parents' haphazard Israeli courtship to her kibbutz conception; from the role of beloved daughter and little sister to that of abandoned, suicidal adolescent; from an affluent childhood in Los Angeles to an aimless existence in the gentrified wilds of Brooklyn; from a girl with "options" to a girl with none -- convinced that cancer struck because she herself is somehow at fault.

With her take-no-prisoners perspective, her depressive humor, and her extreme vulnerability, Dahlia Finger is an unforgettable anti-heroine. This staggering portrait of one young woman's life and death confirms Elisa Albert as a "witty, incisive" (Variety) and even "wonder-inducing" writer (Time Out New York).

Elisa Albert is the author of the short story collection How This Night is Different and the novel The Book of Dahlia.  She has taught creative writing at Columbia University and is currently Writer-in-Residence at the Netherlands Institute for Advanced Study in Holland.

"[H]ilarious and heartbreaking.... Albert's superb first novel...begins with the omniscient narrator's scathingly Edith Wharton-worthy catalogue of Dahlia's symptoms and ends with her first grand mal seizure.... Throughout, Albert delivers Dahlia's laissez-faire attitude toward other people and lack of ambition with such exactness as to strip them of cliche and make them grimly vivid. Her brilliant style makes the novel's central question -- should we mourn a wasted life? -- shockingly poignant." -- Publishers Weekly (starred review)

"Elisa Albert has the unique gift of making bedmates out of humor and heartbreak. The Book of Dahlia is wonderful." -- Gary Shteyngart, author of Absurdistan

"The Book of Dahlia does not go gently into that good night -- each line howls with pain and rage and laughter. It takes an unflinching look at terminal illness in our culture of sunny denial and doesn't let readers off the hook, either -- this book will bring you to your knees. It's also the funniest thing I've read in years." -- Karen Russell, author of St. Lucy's Home for Girls Raised by Wolves

"Never maudlin, occasionally harrowing, and often hilarious, The Book of Dahlia is a dark, surprising wonder. Faced with her own imminent and unavoidable demise, Dahlia doesn't flinch -- but you will." -- Kelly Braffet, author of Last Seen Leaving