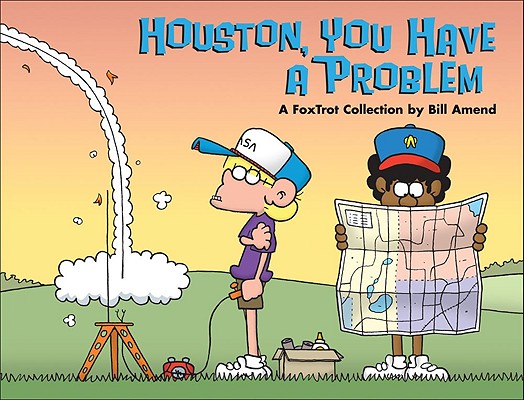 FoxTrot is taking off. The strip is one of the few to appeal overtly to younger readers as well as the parents of young people." -Rants and Raves

* With appearances in the New York Times crossword puzzle and on Jeopardy! and The Sopranos, FoxTrot continues to emerge as a pop-culture icon.

* In this 24th collection, Jason creates his own word jumble, horoscopes, and King Kong feature film while Paige begins cheering with the JJV (that's Junior Junior Varsity) cheerleading squad. Peter pursues the latest in gaming software and continues to hone his driving skills. Parents Roger and Andy keep up with this tenacious trio while lamenting the abundance of product placement on TV.

* As testament to his strip's wide appeal and industry acclaim, Bill Amend was nominated for the National Cartoonists Society's coveted Reuben Award in 2006.

Bill Amend was named Outstanding Cartoonist of the Year by the National Cartoonists Society in 2007. He creates "FoxTrot "cartoons for Sunday newspapers and maintains an online presence at foxtrot.com. He lives in the Midwest, with his wife and two children.