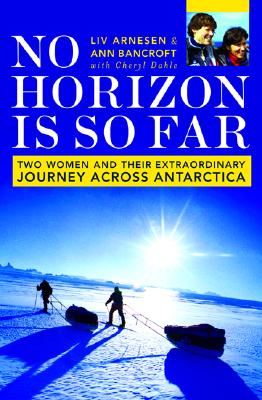 By Ann Bancroft, Liv Arnesen
$26.00
Email or call for price

In February 2001, former schoolteachers Ann Bancroft and Liv Arnesen became the first women to cross the Antarctic continent on foot. Against all odds, they walked, skied, or ice-sailed for nearly three months in temperatures as cold as -35 F, towing their 250-pound supply sledges across 1700 miles of terrain riddled with rotten ice and deadly, hidden crevasses. Haunted by the failures of those who had attempted the crossing before them, they raced to complete the journey before the harsh Antarctic winter set in and 24 hours of daylight became 24 hours of impenetrable darkness. Though modern technology could not ensure rescue should they need it, website transmissions and satellite phone calls enabled more than 3 million children from 65 countries to bear witness to the journey. In accomplishing the seemingly impossible, Ann and Liv inspired classrooms and re-ignited the aspirations of more than twenty-thousand adults who wrote to thank and encourage them.Chronicling the dramatic details of this historic expedition, No Horizon Is So Far explores what drove Ann and Liv across the ice and ultimately into hearts and history books around the world. It traces the birth of their dream, its re-emergence when they were adults, their tenacious work to assemble the necessary money and gear, and their brutally taxing trek from the Norwegian sector to the American base at McMurdo Bay. About journeys both literal and figurative, each marked with suspense, danger, and incredible endurance No Horizon Is So Far celebrates two modern-day heroines and that which is heroic in all of us.

Ann Bancroft is the first woman in history to cross the ice to both the North and South Poles. She has been featured in the books Remarkable Women of the Twentieth Century and Women of Courage; inducted into the National Women's Hall of Fame; and named Ms. magazine's "Woman of the Year." She lives in Minneapolis, Minnesota. Visit the author's website at www.yourexpedition.com. Liv Arnesen became the first woman to ski solo and unsupported to the South Pole, a 50-day expedition of 745 miles. She wrote a book about that solo expedition that was a bestseller in her native Norway. She lives outside of Oslo. Visit the author's website at www.yourexpedition.com.