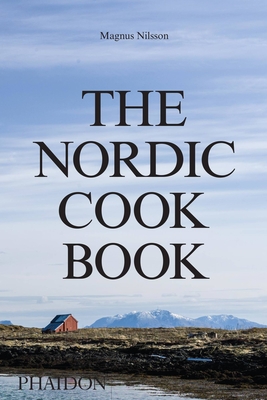 The Nordic Cookbook offers an unprecedented look at the rich culinary offerings of the Nordic region with 700 recipes collected by the acclaimed Swedish chef Magnus Nilsson featured in the Emmy-Award winning US PBS series The Mind of a Chef and the Netflix docuseries Chef's Table.

The Nordic Cookbook, richly illustrated with the personal photography of internationally acclaimed chef Magnus Nilsson, unravels the mysteries of Nordic ingredients and introduces the region's culinary history and cooking techniques.

Included in this beautiful book are more than 700 authentic recipes Magnus collected while travelling extensively throughout the Nordic countries – Denmark, the Faroe Islands, Finland, Greenland, Iceland, Norway and Sweden – enhanced by atmospheric photographs of its landscapes and people. His beautiful photographs feature in the book alongside images of the finished dishes by Erik Olsson, the photographer behind Fäviken.

With Magnus as a guide, everyone can prepare classic Nordic dishes and also explore new ones.The Nordic Cookbook introduces readers to the familiar (gravlax, meatballs and lingonberry jam) and the lesser-known aspects of Nordic cuisine (rose-hip soup, pork roasted with prunes, and juniper beer).

Organized by food type, The Nordic Cookbook covers every type of Nordic dish including meat, fish, vegetables, breads, pastries and desserts. These recipes are achievable for home cooks of all abilities and are accompanied by narrative texts on Nordic culinary history, ingredients and techniques including smoking and home preserving. Additional essays explore classic dishes made for special occasions and key seasonal events, such as the Midsummer feast.

The Nordic Cookbook joins Phaidon's national cuisine series, which includes Mexico, India, Thailand, Peru and others, and is the most comprehensive source on home cooking from the Nordic countries.

Magnus Nilsson is the head chef of Fäviken Magasinet restaurant in Sweden. After training as a chef and sommelier in Sweden he worked with Pascal Barbot of L'Astrance in Paris before joining Fäviken as a sommelier. Within a year he had taken over the running of the restaurant, which is currently number 19 in the San Pellegrino World's 50 Best Restaurants list. Magnus is the author of the Fäviken cookbook, also published by Phaidon. He features in the Emmy-Award winning US PBS-TV series, The Mind of a Chef, and the Netfix docu-series, Chef’s Table. In 2015 he was awarded the White Guide Global Gastronomy Award.

'[An] epic tome, which somehow manages to include what seems to be the whole of traditional and modern cooking from Finland to Greenland.'- The New York Times

'It's an absolutely essential book for anyone who delights in cooking, storytelling, culture, and history.' - Departures.com

'A beautiful compendium of landscapes and larder recipes.' - Elle Decoration

'Not so much a cookbook as an encyclopedia of tastes from a part of the world you instantly - from page one - want to travel the length and breadth of.' - Guardian, Cook