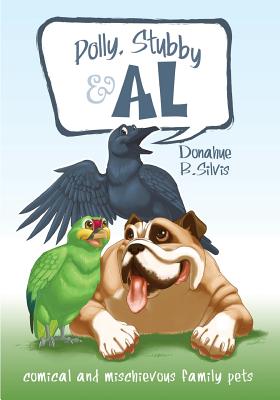 BEN and SARA DONOVAN live in a small community called Wolfe Lake with their two daughters, six year old MEGAN and eight year old KATIE. They have two pets, Polly a multi-colored talking parrot and Stubby a tan colored, bowlegged bulldog. Ben owns a small landscaping business. Sara is a housewife and animal lover. One day Sara, Megan, Katie and Stubby are walking in the woods. They see an injured black crow lying on the ground. Sara picks up the crow, takes him home and nurse's him back to health. When healed and turned loose the crow does not return to the wild. He chooses to remain with the family. They name him Al and he becomes one of their pets.

The family had become used to Polly's chatter but a week later they're amazed when Al speaks. Their everyday life, as they know it, is about to take an abrupt and hilarious change. From that day forward nothing is the same, in the Donovan household, as Al becomes a funny and mischievous character.