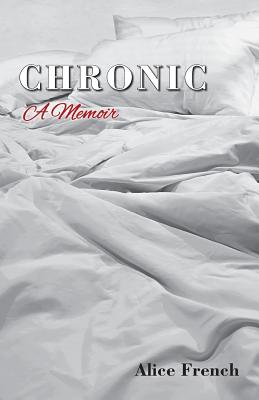 Ninety million people in the U.S. live with a chronic health condition. Nearly a half million live with the after-effects of polio. Many of these people are like Alice French. They try to hide their illness and forge ahead with a life that looks normal.

French is fiercely independent, determined to prove to herself and her peers that she can survive any and all obstacles. She is not going to be labeled a cripple.

French succeeded in creating a public persona of a successful actress, academic, and television personality throughout the last half of the twentieth century. In the 1970's, she appeared daily on her own television show where she interviewed major celebrities including Dustin Hoffman, Harrison Ford, Nancy Reagan, Anthony Hopkins, Tom Brokaw, Sally Field, and dozens more. Her life appeared glamorous as she went through hair and makeup sessions, sported new fashions each day, and traveled extensively.

No one could possibly know that she suffered periodic seizures that left her limp on the floor, crawling to bed where she remained for days of recovery. These are the results of the scar tissue on her brain from her battle with paralytic polio.

In Chronic, French takes us behind the public face of a person with chronic illness and shows us the deeply personal, private battle she struggles with every day. The reader will come away feeling empowered to overcome daily challenges and live life to the fullest.