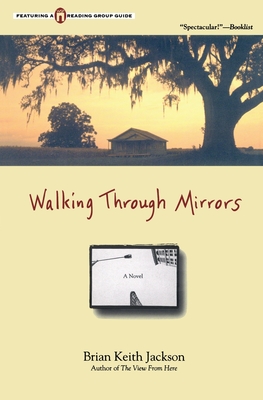 In his breathtaking debut, The View From Here, Brian Keith Jackson took us inside the heart of black family life in the rural South. Now, in a novel that resonates with pure emotion, he sends photographer Jeremy Bishop back to Elsewhere, Louisiana, for the funeral that marks the end of his father's life -- and the true beginning of his own.
His grandmother, Mama B, called him Patience. Jeremy was, she said, the most agreeable child. He would have liked to tell her that, even while growing up, his hidden wants festered deep inside him. His mother died just hours after his birth, and he was raised by Mama B and his Aunt Jess after his father disappeared. Even after his dad returned one day with his new family, Jeremy kept his distance. But it is a decade later, and Jeremy, now a successful New York photographer, gets a phone call from Louisiana. It is time for Jeremy Bishop to journey the long way home to help bury his father. In the graveyard where his father's body will be laid to rest; in a stranger's appearance at the wake; in a suicide; a murder; and finally inside a cardboard box that had belonged to his father, Jeremy will find himself in ways he never imagined. Conjuring Jeremy's youth in flashbacks as textured as the denim patch on his grandmother's rocking chair, Jackson weaves together past and present in a novel at once astonishing and universally human.

Brian Keith Jackson, is an American novelist, essayist, and culture writer based in Harlem, New York.

Paper magazine Jackson's prose prompts responses from both the head and the heart...via delivery that is clearly thoughtful, yet never contrived.

Kirkus Reviews Genuinely moving...an intriguing and variant contribution to the theme of the "disintegrating African-American family." A lean and nicely told story.

Emerge Stunningly fresh imagery, richly drawn characters, and race-transcending circumstances...a satisfying novel about secrets and the price that they extract from us.

Booklist An excellent story about coming to terms with the past and with one's shortcomings, achievements, and family.

Publishers Weekly Clever rumination on the difficult, inherent complexities of the father-son relationship.