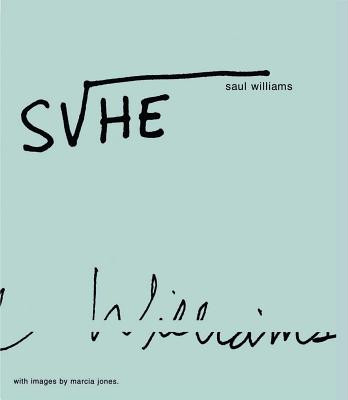 Hailed as "a dreadlocked dervish of words...the Bob Marley of American poets" (Esquire), Saul Williams is a gifted young poet who is opening up this literary art form to a new generation of readers. Like his writing -- a fearless mix of connecting rhythms and vibrant images -- Saul Williams is unstoppable. He received raves for his performance as an imprisoned street poet in the Trimark Pictures release Slam, winner of the Camera d'Or at Cannes and the Grand Jury prize at the 1998 Sundance Film Festival. The consummate spoken-word performance artist, Williams has also been signed by producer Rick Rubin to record a CD of his poetry.
She is a fascinating and unique collection of interconnected poems by this multi-talented star -- and marks the beginning of an incredible and totally original artistic career.

Saul Williams is an acclaimed poet, musician, and actor. The film Slam, which he cowrote and starred in, won the Grand Jury Prize at the Sundance Film Festival (1998), and the Camera d’Or at the Cannes Film Festival. He has contributed to The New York Times, voiced Jean-Michel Basquiat in Downtown 81, and cut records with Rick Rubin and Trent Reznor. He has spoken at more than 200 universities where his poetry has been added to the curriculum of dozens of creative writing programs, and has taught poetry/performance workshops around the world. He recently starred in the Broadway musical Holler If Ya Hear Me. His books include S/HE, ,said the shotgun to the head., and The Dead Emcee Scrolls. He lives in New York. Visit his website at SaulWilliams.com.