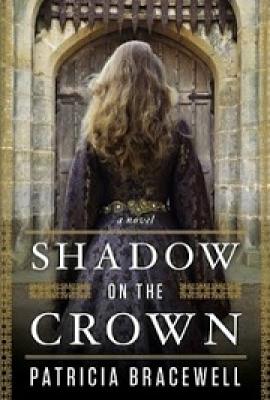 By Patricia Bracewell
$27.95
Email or call for price

A rich tale of power and forbidden love revolving around a young medieval queen
In 1002, fifteen-year-old Emma of Normandy crosses the Narrow Sea to wed the much older King Athelred of England, whom she meets for the first time at the church door. Thrust into an unfamiliar and treacherous court, with a husband who mistrusts her, stepsons who resent her and a bewitching rival who covets her crown, Emma must defend herself against her enemies and secure her status as queen by bearing a son.
Determined to outmaneuver her adversaries, Emma forges alliances with influential men at court and wins the affection of the English people. But her growing love for a man who is not her husband and the imminent threat of a Viking invasion jeopardize both her crown and her life.
Based on real events recorded in the "Anglo-Saxon Chronicle," "Shadow on the Crown" introduces readers to a fascinating, overlooked period of history and an unforgettable heroine whose quest to find her place in the world will resonate with modern readers.

Patricia Bracewell grew up in California where she taught literature and composition before embarking upon her writing career. She holds an M.A. in English Literature and her historical research has taken her to Britain, France and Denmark. She has two grown sons, and she lives with her husband in Oakland, California.

“Using the Anglo-Saxon Chronicle as her marker, Patricia Bracewell has produced a magnificent work of historical fiction, evoking time and place in a remarkable way, and engaging the reader firmly in her story.” – The Daily Mail (UK)

“The familiar themes of political rivalry, court scandal, and disputed lineage so often explored in historical fiction get a new cast of schemers and scoundrels set in a less familiar but no less dramatic period of English history. Readers of historical sagas and romances will embrace this rich narrative.” – Library Journal

“What a great book!  A fascinating, little-known period of history, a tense, exciting story, and characters who spring as naturally from their own time as mushrooms from the forest floor.” – Diana Gabaldon, author of the Outlander series

“Who could have known that the court of Aethelred the Unready was as full of intrigue, passion, and danger as anything in Tudor times?  A well-wrought journey back to those little known times, this novel entertains while it educates.” – Margaret George, author of Elizabeth I: A Novel

"A stellar achievement.” – Adrienne McDonnell, author of The Doctor and The Diva

"A woman whose spirit will not be vanquished, Emma of Normandy will live in your heart long after you finish the last page.” – Ella March Chase, author of Three Maids for a Crown

"From the moment I picked up the book it captivated me, calling me back and back again until I abandoned everything to finish it in a breathless rush. Brava!” – Emma Campion, author of The King’s Mistress

“Shadow on the Crown drew me in from the first page and held me in its grip...  a vivid and compelling tale.” – Gillian Bagwell, author of The September Queen