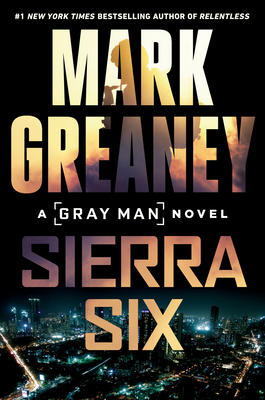 This is book number 11 in the Gray Man series.

It's been years since the Gray Man's first mission, but the trouble's just getting started in the latest entry in the #1 New York Times bestselling series.

Before he was the Gray Man, Court Gentry was Sierra Six, the junior member of a CIA action team.

In their first mission they took out a terrorist leader, at a terrible price. Years have passed. The Gray Man is on a simple mission when he sees a ghost: the long-dead terrorist, but he's remarkably energetic for a dead man.

A decade of time hasn't changed the Gray Man. He isn't one to leave a job unfinished or a blood debt unpaid.

Mark Greaney's research for the Gray Man novels, including Relentless, One Minute Out, Mission Critical, Agent in Place, Gunmetal Gray, Back Blast, Dead Eye, Ballistic, On Target, and The Gray Man, has taken him to more than twenty countries and trained alongside military and law enforcement in the use of firearms, battlefield medicine, and close-range combative tactics. With Marine LtCol Rip Rawlings, he wrote the New York Times bestseller Red Metal. He is also the author of the New York Times bestsellers Tom Clancy Support and Defend, Tom Clancy Full Force and Effect, Tom Clancy Commander in Chief, and Tom Clancy True Faith and Allegiance. With Tom Clancy, he coauthored Locked On, Threat Vector, and Command Authority.

"Excellent....Greaney seamlessly adjusts focus between the timelines, jumping from one exhilarating roller-coaster ride to the other. Spy and military thriller fans will be well pleased."
—Publishers Weekly (starred review)