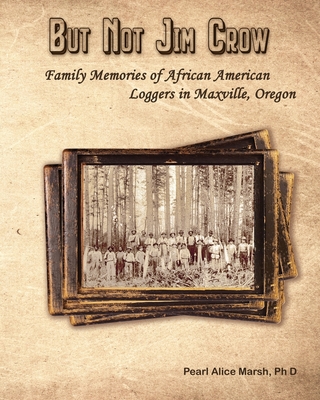 This particular Oregon history is about African American loggers during the Great Migration of more than six million African Americans from the Jim Crow south to the north. It is a community history and the history of families, a "history from below." . It is stored, coded, and recalled in the memories of two generations as they descended from the original families. It is a fragile history passed orally from generation to generation and often is lost. It is not documented in books, the pages of mainstream newspapers, nor preserved in archival collections of photographs.

Thus, this book was conceived as part of a memory project to recover and reconstruct the history of a rural community of African American loggers from memories of their aging descendants. These loggers and their families came to a railroad logging town, Maxville, Wallowa County, Oregon, between 1923 and the 1940s, The memory project was based upon "the interpretive authority of ordinary people," thus giving power to the fragments and short memories of individuals to tell a community's story.

The personal stories were contextualized through extensive research using historical newspapers, public records, census records, oral intrviews, and the recorded memories of others.