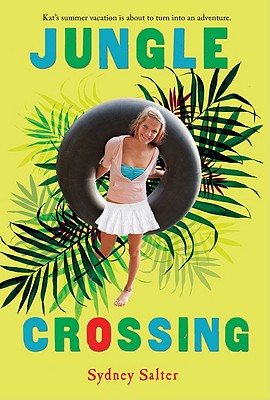 Kat can think of dozens of good reasons not to go on a boring family vacation to hot, grungy Mexico. Number one: missing her friend Fiona's minicamp. If she's not there, she'll begin eighth grade as a social reject.

Despite her reluctance, Kat ends up on a teen adventure tour where she meets Nando, a young Mayan guide (who happens to be quite a cutie). As they travel to different Mayan ruins each day, Nando tells Kat his original legend of Muluc, a girl who lived in the time of the Ancient Maya. The dangerous, dramatic world in which Muluc lives is as full of rivalry, betrayal, and sacrifice as Kat's world at school. And as she makes new friends and discovers treasures in Mexico, Kat begins to wonder: Is she willing to keep sacrificing her self in exchange for popularity?

SYDNEY SALTER is the author of My Big Nose and Other Natural Disasters and Jungle Crossing. She lives in Utah. www.sydneysalter.com

"Kat’s snarky comments about her family and fellow tourists . . .  are funny . . . This story-within-a-story of young Mulac’s capture and escape from slavery takes up a good part of the novel. It’s an effective device, adding depth to the plot and leading to the readers' understanding of how Kat’s growth and insights come about."--Booklist