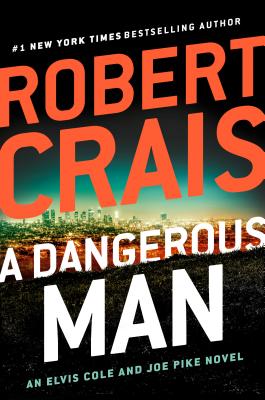 This is book number 18 in the An Elvis Cole and Joe Pike Novel series.

A brilliant new crime novel from the beloved, bestselling, and award-winning master of the genre--and Joe Pike's most perilous case to date.

Joe Pike didn't expect to rescue a woman that day. He went to the bank same as anyone goes to the bank, and returned to his Jeep. So when Isabel Roland, the lonely young teller who helped him, steps out of the bank on her way to lunch, Joe is on hand when two men abduct her. Joe chases them down, and the two men are arrested. But instead of putting the drama to bed, the arrests are only the beginning of the trouble for Joe and Izzy.

After posting bail, the two abductors are murdered and Izzy disappears. Pike calls on his friend, Elvis Cole, to help learn the truth. What Elvis uncovers is a twisted family story that involves corporate whistleblowing, huge amounts of cash, the Witness Relocation Program, and a long line of lies. But what of all that did Izzy know? Is she a perpetrator or a victim? And how far will Joe go to find out?

Robert Crais is the #1 New York Times bestselling author of twenty novels, sixteen of them featuring private investigator Elvis Cole and his laconic ex-cop partner, Joe Pike. Before writing his first novel, Crais spent several years writing scripts for such major television series as Hill Street Blues, Cagney & Lacey, Miami Vice, Quincy, Baretta, and L.A. Law. He received an Emmy nomination for his work on Hill Street Blues, and one of his standalone novels, Hostage, was made into a movie starring Bruce Willis. His novels have been translated into forty-two languages and are bestsellers around the world. A native of Louisiana, he lives in Los Angeles.

Praise for A Dangerous Man

“Crais unspools this tense and involving saga...with dashes of wit, lots of local color, many bursts of sudden action and some 300 pages of relentless suspense.”—The Wall Street Journal

"Crais excels at penning tales crammed with as much style as substance. And A Dangerous Man is another in a long string of sumptuous mysteries that deliver the goods while exceeding our expectations. Not to be missed."--Providence Journal

“A muscular thriller....Cole and Pike make a terrific pair.”—Seattle Times

“Pike is about as tough and unflappable as they come. . . Once it starts, the action doesn’t stop.”--Readers Digest (One of the "Best Thrillers of 2019")

“Crais is a whip-smart writer. Cole and Pike are carefully drawn, multilayered characters who’ve grown more complex through the years. This is one of the very best entries in a long-running and still first-rate series.”—Booklist (starred review)

“Outstanding...Crais begins the story with deceptive simplicity but slowly ratchets up both the tension and the action with surgical precision....The particular kind of danger [Joe Pike] carries is just plain off the charts. This one’s sure to hit the bestseller charts.”—Publishers Weekly (starred review)