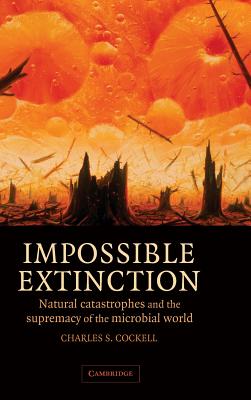 Every 225 million years the Earth, and all the life on it, completes one revolution around the Milky Way Galaxy. During this remarkable journey, life is influenced by calamitous changes. Comets and asteroids strike the surface of the Earth, stars explode, enormous volcanoes erupt, and, more recently, humans litter the planet with waste. Many animals and plants become extinct during the voyage, but humble microbes, simple creatures made of a single cell, survive this journey. This book takes a tour of the microbial world, from the coldest and deepest places on Earth to the hottest and highest, and witnesses some of the most catastrophic events that life can face. Impossible Extinction tells this remarkable story to the general reader by explaining how microbes have survived on Earth for over three billion years. Charles Cockell received his doctorate from the University of Oxford, and is currently a microbiologist with rhe Search for Extraterrestrial Intelligence Institute (SETI), based at the British Antarctic Survey in Cambridge, UK. His research focusses on astrobiology, life in the extremes and the human exploration of Mars. Cockell has been on expeditions to the Arctic, Antarctic, Mongolia, and in 1993 he piloted a modified insect-collecting ultra-light aircraft over the Indonesian rainforests. He is Chair of the Twenty-one Eleven Foundation for Exploration, a charity that supports expeditions that forge links between space exploration and environmentalism.