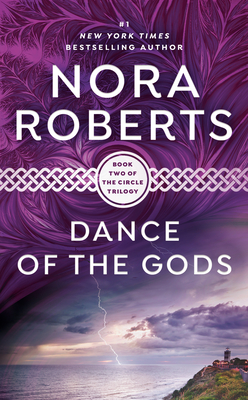 By Nora Roberts
$8.99
Email or call for price

This is book number 2 in the Circle Trilogy series.

He saw where the earth was scorched, where it was trampled. He saw his own hoofprints left in the sodden earth when he’d galloped through the battle in the form of a horse. And he saw the woman who’d ridden him, slashing destruction with a flaming sword…

Blair Murphy has always worked alone. Destined to be a demon hunter in a world that doesn’t believe in such things, she lives for the kill. But now, she finds herself the warrior in a circle of six, chosen by the goddess Morrigan to defeat the vampire Lilith and her minions.

Learning to trust the others has been hard, for Blair has never allowed herself such a luxury. But she finds herself drawn to Larkin, a man of many shapes. As a horse, he is proud and graceful; as a dragon, beautifully fierce; and as a man…well, Blair has never seen one quite so ruggedly handsome and playfully charming as this nobleman from the past.

In two months’ time, the circle of six will face Lilith and her army in Geall. To complete preparations and round up forces to fight, the circle travels through time to Larkin’s world, where Blair must choose between battling her overwhelming attraction to him—or risking everything for a love that can never be…

Nora Roberts is the #1 New York Times bestselling author of more than 200 novels. She is also the author of the bestselling In Death series written under the pen name J. D. Robb. There are more than 500 million copies of her books in print.

“Roberts's latest is a testament to her skill and range, as this richly detailed fantasy—only her second attempt at the genre—hums with wit, humor and sizzling romance. Paranormal fans are assured a good time, as is anyone who enjoys captivating fiction.”—Publishers Weekly (starred review)

“The gritty reality and omnipresent danger that permeate this story add poignancy to the unlikely but heart-stirring romances trying to develop in a sea of darkness.”—RT Book Reviews