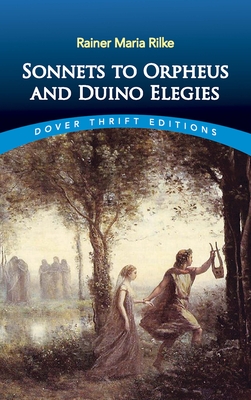 During three feverish weeks in 1922, Rainer Maria Rilke composed the 55 sonnets that constitute Sonnets to Orpheus. Inspired by the death of a friend's daughter, the poet felt that he was being compelled to write by the girl's ghost. At about the same time he also completed Duino Elegies, which he had begun ten years earlier. Intimately connected to the Sonnets in themes and sensibilities, the Elegies offer meditations on love, death, God, and life's meaning that express Rilke's irresolvable conflict between a longing for solitude and a painful loneliness.
Although his poetry was recognized and admired by leading European artists, the Austro-Bohemian poet was virtually unknown during his lifetime, achieving international acclaim only with these final masterpieces. This edition presents translations by Jessie Lemont, praised by London's Times Literary Supplement for their presentation of Rilke as "a writer of short individual lyrics, often of incomparable, impressionist vividness, plastic vitality and symbolic suggestiveness.

Although his poetry was recognized and admired by leading European artists, Austro-German poet Rainer Maria Rilke (1875-1926) was virtually unknown during his lifetime. He achieved international acclaim with his last two works, Duino Elegies and Sonnets to Orpheus, and he has come to be recognized as a master of verse.