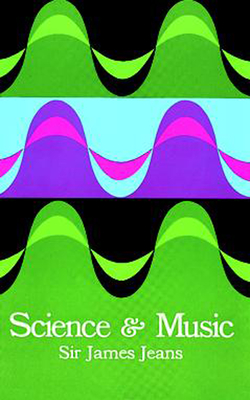 Sir James Jeans, noted British scientist, has given a physical analysis of musical sounds, in what is considered to be the best exposition on the subject, a book of great intellectual stature. His aim has been to convey precise information, in a simple non-technical way, that will be of interest to the amateur as well as the serious student of music.
The discussion begins with an explanation of the development of the human faculty of hearing. It is established that each sound can be represented by a curve. An examination of the general properties of sound-curves follows. For example, why do some sounds produce pleasure when they reach our ears and some pain? How do we retain the pleasurable qualities in the sound-curve, as it passes on from one stage of electronic equipment to another? To what extent is it possible to prevent unpleasant qualities from contaminating the curve? These and other pertinent questions on the transmission and reproduction of sound-curves are answered in a discussion of tuning-forks and pure tones. The various methods of producing sound, and the qualities of the sounds produced, are further discussed as they relate to vibrations of strings and harmonics, and vibrations of air. Harmony and discord are also considered. In the final chapters on the concert room and hearing, the discussion focuses on the transmission of sound from its source to the eardrum and from the eardrum to the brain. A general theory of acoustics is also covered as well as acoustical analyses.
Science and Music is a rare book, as an author does not often combine very distinguished scientific abilities with musical knowledge and power of simple exposition. It will probably become a minor classic. -- Manchester Guardian.

Sir James Jeans: Science Made Simple Sir James Jeans (1877-1946), English physicist, astronomer, and mathematician, made substantial contributions to many areas of science including quantum theory, the theory of radiation, and stellar evolution, but is most remembered today for several elegantly written books on science and its meaning for the general reader. Among these are the classics Physics and Philosophy, published by Dover in 1981, and Science and Music, published by Dover in 1968. In the Author's Own Words: Put three grains of sand inside a vast cathedral, and the cathedral will be more closely packed with sand than space is with stars. Life exists in the universe only because the carbon atom possesses certain exceptional properties. The human race, whose intelligence dates back only a single tick of the astronomical clock, could hardly hope to understand so soon what it all means. From Physics and Philosophy: Science usually advances by a succession of small steps, through a fog in which even the most keen-sighted explorer can seldom see more than a few paces ahead. Occasionally the fog lifts, an eminence is gained, and a wider stretch of territory can be surveyed -- sometimes with startling results. A whole science may then seem to undergo a kaleidoscopic rearrangement, fragments of knowledge sometimes being found to fit together in a hitherto unsuspected manner. Sometimes the shock of readjustment may spread to other sciences; sometimes it may divert the whole current of human thought.